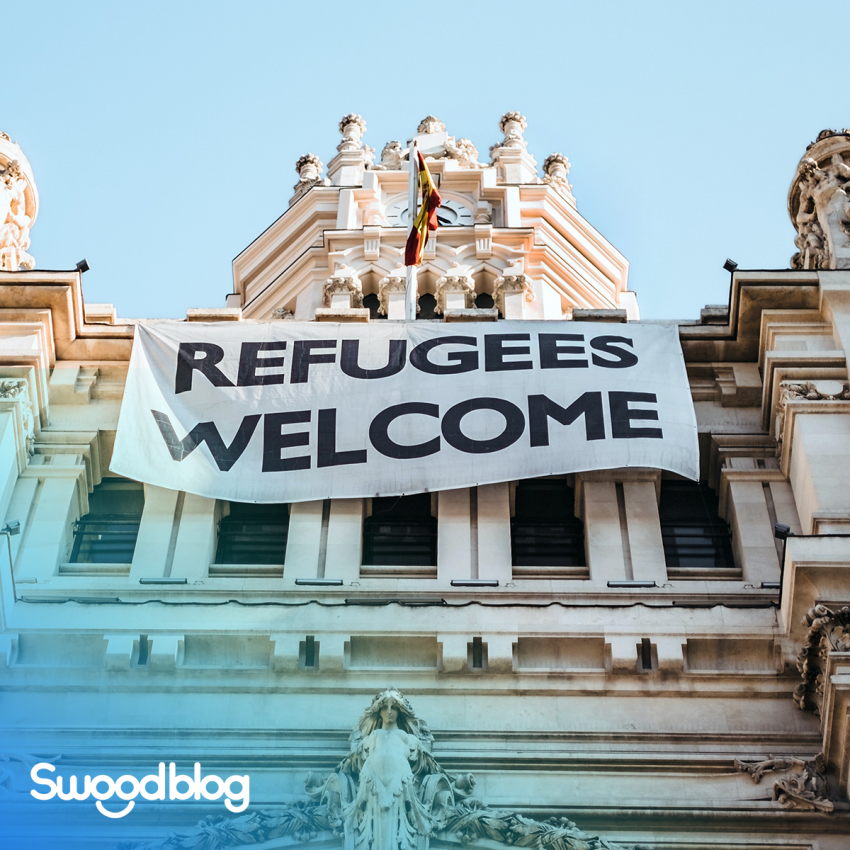 The refugee crisis has transformed the lives of thousands of people around the world. Many are those who leave their homes and countries to escape wars, armed conflicts, persecution and human rights violations. They leave everything behind and head towards uncertain destinies. They risk their lives, escaping by the most precarious means possible, with the only hope and the dream of a more secure future.

For a better understanding, it is important to note the difference between refugee and migrant. The migrant moves to another country by personal choice and with the intention of improving his or her living conditions. Even if they are people in extreme poverty, they are not considered refugees. According to the 1951 Convention relating to the Status of Refugees, a refugee is a person who “owing to well-founded fear of being persecuted for reasons of race, religion, nationality, membership of a particular social group or political opinion, is outside the country of his nationality and is unable or, owing to such fear, is unwilling to avail himself of the protection of that country”. Thus, persons with refugee status have the right under international law to receive assistance from the United Nations Refugee Agency (UNHCR), from States and from specialized organizations.

One of the biggest challenges that refugees face in their host countries is actually labour market integration. Even though they are given support and assistance, there are several obstacles to integration, which can be individual, national or even organisational. At the individual level, problems such as inadequate skills, low education, little or no fluency in the new language or even psychological issues, such as post-traumatic stress disorders, stand out. At the national level, the barriers involve difficulties such as economic crisis, lack of employment, social rejection, cultural and religious differences. Finally, organisational barriers can point to high language requirements by companies, biased recruitment processes, non-recognition of qualifications and discrimination.

In many cases, the academic qualifications of refugees become irrelevant and incompatible with those required in the new country. The poor proficiency in the language, the lack of experience, combined with the fact that the candidate does not present references from previous employers, makes it very difficult to find a job. Even highly qualified refugees face difficulties in finding work. In many cases, those who occupied high-level positions in their countries of origin are unable to enter similar activities, being susceptible, most of the time, to underemployment or to working in factories and restaurants where there are usually more jobs available. Insertion in the labour market is even more difficult for refugee women. In general, employment for the female refugee public becomes a great challenge due to factors such as the long time many have spent as housewives taking care of children and household tasks or the traditional values upheld in their countries regarding gender roles.

Labour market integration, besides social, legal and economic efforts, also requires cultural inclusion. Culture may promote an easier integration, when it unites similar paradigms, or more problematic, when these paradigms are divergent. In this sense, access to employment for many refugees encounters problems such as prejudice and intolerance, for example in the way they dress, behave, think or speak. There are still many organisations that tend to impose the local culture, not recognising the cultural values of refugees. In turn, religion is another factor that shapes refugee experiences and can influence their social and work relationships. For example, the need for prayers at different times of the day can lead to religious discrimination.

All these factors make the integration of refugees hard and may even arouse fear in the face of a difficult reality, so that many people simply adopt an attitude of acknowledgement of their limitations and gratitude for the opportunities given. To ease these situations, it is essential creating strategies to combat exclusion and underemployment. These people must therefore be supported and empowered through education, training and the promotion of equal opportunities. Society as a whole must act to facilitate their integration. After all, these people are only looking for a safe place where they can live. Yes, live. Because survival is what it’s all about.