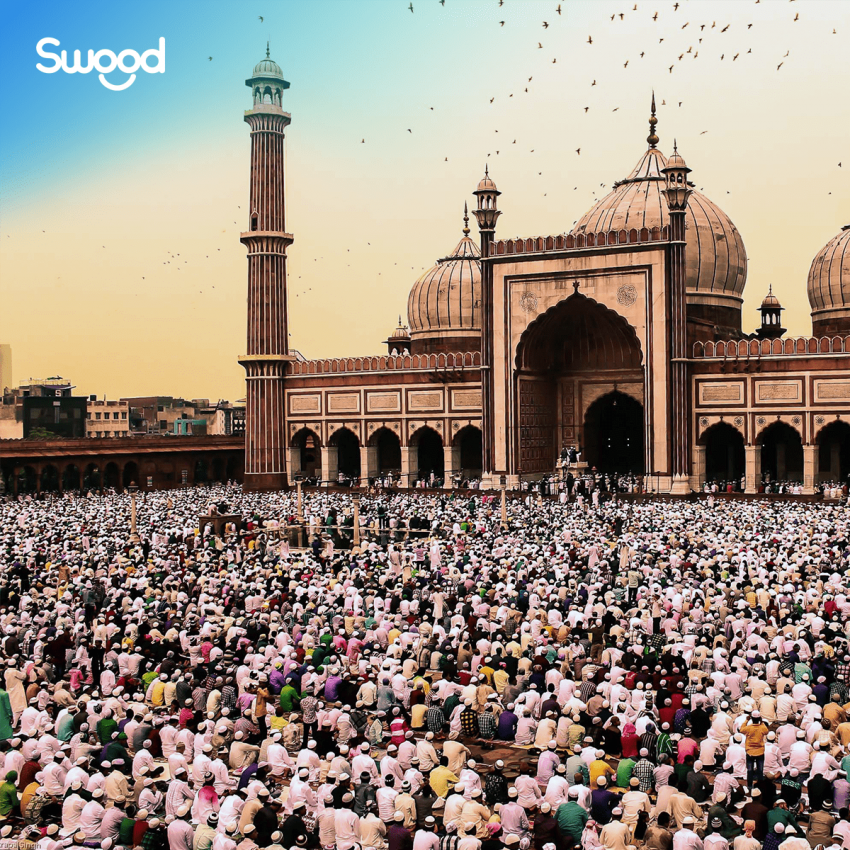 The Muslim population is currently practicing Ramadan, the ninth month of the Islamic calendar. During these days they live deprived of worldly pleasures, from sunrise to sunset, practicing the ritual of fasting.

Fasting consists of total abstinence from food, liquids, tobacco, and sexual relations. The tradition emphasizes that one must fast from mouth and from thought. Therefore, one should not also say certain words or have immoral thoughts either. Fasting is one of the five pillars of Islam: the others are creed (profession of faith), prayer, charity (almsgiving), and pilgrimage to Mecca.

Although it is a time of abstinence, during Ramadan there are two meals, one before and one after the daily fast: the “su-hoor” – a meal similar to breakfast that takes place every dawn before sunrise and anticipates the fast; and the “iftar” – a meal that takes place at the end of each day, after sunset, where Muslims necessarily break their fast before prayer. It is also the time when they gather together, family and friends, and celebrate their faith.

Ramadan is obligatory for all Muslims of both genders. However, the sick, the elderly, children who have not yet reached puberty, believers who are making long journeys, and women who are pregnant, menstruating, or breastfeeding are exempt. Those who voluntarily or involuntarily break the fast must make up the days at another time of the year.

For Muslims, this month is much more than just a period of fasting. It is an exercise in spiritual self-control and discipline, which strengthens the will and teaches them how to deal with deprivation and resist temptation. It also serves to cleanse the soul and focus attention on God. Symbolically, this is the month when Muslims believe that the writings of the Qur’an began to be revealed to Muhammed, the last prophet of Islam. For believers, it is a time of faith renewal, charity, community, and family appreciation.

The date of celebration of Ramadan varies every year, but it always lasts 29 or 30 days. This is because Muslims are ruled by the lunar calendar. Each year the fasting period is brought forward by about 11 days, out of step with the Gregorian calendar, and through all the months and seasons.

Showing sensitivity and respect for family members, friends or co-workers who profess Islam, includes avoiding eating or drinking in their presence, not scheduling work lunches, not leaving a Muslim colleague aside during the coffee break and wishing them a good Ramadan (“Ramadan Mubarak”). Knowing, respecting and accepting different forms of religiosity and traditions is very important, even within organizations.

In an open society, religious differences can become an opportunity for dialogue, exchange of learning, and awareness of the diversity of human existence. It is sad that in many places the advantages of this diversity are not yet noticed.

It is not new that religious intolerance has been, over the years, one of the reasons for violence, conflicts, and wars in several countries. Take what is currently happening in Myanmar, where the Rohingya people are being persecuted and massacred by the Burmese army. Men, women and children are fleeing death in their country because they are Muslims and live in fear of possible attacks in this month of Ramadan.

In the face of the harshness of this reality and of so many others, talking about peace may be somewhat unrealistic, but it is necessary. For peace to prevail, it is essential that people understand, respect, and accept cultural and religious differences – beliefs, customs, traditions, ways of being and living. There is nothing more enriching than the diversity of human beings. To respect difference is to respect each other.

To all Muslims, “Ramadan Mubarak”.